Apparently Amar’e Stoudamire is full of ideas on what is wrong with his current team, the Dallas Mavericks:

“I came here to win, and we’re [4 ½] games out of being out of the playoffs, which is unacceptable,” Stoudemire said after the Cleveland Cavaliers cruised to a 127-94 win over the Mavs at the American Airlines Center. “This is something we can’t accept. We’ve got to find a way to refocus. We’ve got to key into the details of the game of basketball.

“We can’t cheat the game. We can’t screw around in games and practices and joke around all the time and figure we’re going to win games. This is the pros. It’s the highest level of basketball. We’ve got to act that way.” 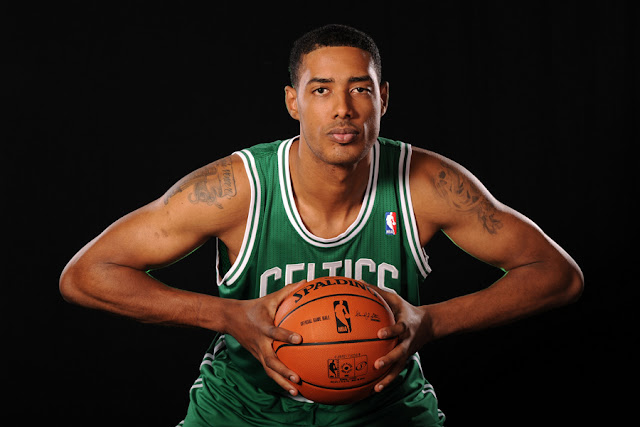 USA Today is reporting that the Dallas Mavericks have added Fab Melo, D.J. Kennedy and guard Richard McConnell for training camp as they continue to try and tweak their roster for the upcoming season.

Mello and Kennedy spent most of last season playing in the D-League, while McConnell averaged 13.6 points per game playing in Italy.

When the first reports came out saying that the NBA lockout had been resolved, the casual basketball fan probably had very little to say other than a murmur under their breath about athletes and owners being greedy and obnoxious. For the casual fan the NBA won’t be relevant again until Christmas Day when they can actually watch a game again and even then their fervor or lack thereof for professional basketball will be even less than it has been in previous years.

The free agent market this year will not help create excitement for this year’s shortened season either most because the 2010 and 2012 classes have legitimate superstars like Lebron James in 2010 or Dwight Howard next summer. It is probably safe to assume that there will not be a prime time television special so that Marc Gasol can tell the world if he decides that he will be “taking his talents to the Garden State”. In fact, many causal basketball fans are probably content with watching college basketball when they get a craving for some hoops, and are most likely more interested in who will be on the next season of “Dancing With The Stars” than they are about this year’s free agent class.

Gasol is a superbly talented center with a wealth of experience to be only 26 years old, thanks to his extensive play internationally. With his size, passing ability, and overall skills Gasol will warrant a five or six year deal worth about 13-15 million dollars per year and can be a legitimate puzzle piece for a team hoping to win a championship soon.

Tyson Chandler is older than Gasol at 29 and his health is a bigger question mark than other available players because he has feeling a pain under right rib cage, but his emotional play, off court leadership, and unselfish team oriented nature are truly a great intangible package for a team to have. The Mavericks can attest to just how important Chandler can be because despite Dirk’s uncanny ability to be clutch, their championship hinged on Chandler’s play and presence in many ways. If the Mavericks decide not to pay big money to keep Chandler it would a mistake barring more injuries and if they don’t pay him, someone else definitely will.

There are other free agents in this year’s field that could have an impact on the league such as Greg Oden, Brendan Haywood, Caron Butler, DeAndre Jordan, Vince Carter (if he is waived as expected), and Josh Howard. As it stands however, the free agent market is lackluster when compared to recent and upcoming years and there is just no denying it. The biggest thing that will excite basketball fans in the near future is that possibility that Chris Paul will be traded which will get a rise out of even casual fans. Call us crazy, but no one really cares what Jason Kapono is doing this year…unless there’s a chance he is going to be on the new season of DWTS.

Hey, if you want to keep up with all of the latest basketball headlines in one place, check out BasketballSportsNews.com

When it comes to trying to predict the winners in any sport, it’s not just random numbers, despite what XKCD may claim. Trends in sports are often more reliable than trends in the stock market, and one of those trends is that perpetual runners-up rarely get over the hump.

That is to say, losers consistently lose. The Buffalo Bills are the most cited example of this, a team that was good enough to get to the Super Bowl four times but not good enough to win it. The reality is that the Bills were good enough to win a Super Bowl, but for whatever reason, most likely mental, they could not close the deal. This trend holds true in all sports, although not always as clear cut as the Bills, and of course there are exceptions.

That brings us to this year’s NBA Finals. The reality is that the Finals are loaded with runners-up. Lebron James, Dirk Nowitzki and Jason Kidd are all players who have tasted the championship only to see it slip away. Chris Bosh has never been on a real contender. In fact, the only real winner in the group is Dwyane Wade, who teamed up with Shaq for Miami’s lone title run. You could also add in Pat Riley and the Miami Heat organization if you are looking for some kind of added leverage.

So when predicting this NBA Finals, you have a team with a ton of experience and drive in the Mavericks, versus a team loaded with scoring talent. On paper, it gives Miami a slight edge simply because of Wade and Riley. This is a chance for one of the two groups of losers to land on the winning side, and only time will tell who is able to buck their own history.