We decided to rebroadcast this game as it was arguably the best of the day. The winner of this game would advance to the title game, and it features several Division I basketball prospects going head-to-head, including Brandon Childress (PG, 6′, 2016) of Wesleyan and Devin Cooper (PG, 6’1″, 2015) of Ardrey Kell HS. Enjoy!

Replay from the 2014 Southeast Summer Showcase, held June 15 in Winston-Salem, NC. For more information on the showcase, visit this link.

Scout Charles Clark provides us with the first set of scout’s notes from the camp. We will be posting more over the next few days, and you should also check out the coverage on Phenom Hoop Report.

There was a lot of talent that stepped onto the Campus of Forsyth Country Day School on Sunday, June 15th, these are some of the players that really stood out to me.

Brandon Childress (Wesleyan Christian, Karolina Diamonds, Point Guard, 6’0, 2016) – Simply put, Brandon had one of the best showings out of any player at the showcase, he showed his beautiful shooting stroke throughout the entire camp. Although he provided the majority of the scoring for his team he also did a very good job of getting the ball to his post players in the right spots. What really impressed me about Brandon besides his outstanding scoring was how good of an IQ he has when using the Pick and roll. He knew when to pass, when to shoot and made the passes right on target for easy buckets. This was not my first time seeing him play but his performances On Sunday impressed me more than any other time I have seen him play.

Devin Cooper (Ardrey Kell H.S, Team Charlotte, PG/SG, 6’0, 2015) – As soon as the station drills started I went over and watched the Point Guard station where players had to: Run through an agility drill and then come off a screen and knock down a shot off the dribble. Out of all the players at the station Devin was one of the only players who went through the drill with ease. Two attributes really impressed me about Devin, first was his outstanding body control that he has when attacking the basket, it didn’t matter if he was fouled, undercut or anything else, he still finished plays. His ball handling skills were some of the best of any player at the showcase, and to top it off he has quickness mixed with a lot of moves in his arsenal that makes him a very tough player to guard. He Shot the ball with consistency, has nice form and lift on his shot, and knows how to always get squared up before he shoots. Lastly I must point out that he showed a lot of leadership for his squad, I loved how he decided to switch with one of his teammates on defense so that he could guard Brandon Childress.

Jahlil Rawley (Prominence Academy, 2016 Guard, 6’3) – Jahlil has a very smooth game, for a Point Guard he has good height and also has a nice long wingspan. He showed throughout the day that he can be a very unselfish player and that he is a talented passer. The ball handling of this young man was very impressive as well as the amount of defensive pressure he applied to the opposing teams guards. Even though he showed he scored the ball in various ways it seemed as if he decided to display more of an old school Point Guard game throughout the showcase, getting teammates involved first and looking for his shot later. Overall this young man has a very good feel for the game and has potential to be a very good player

Robert Colon (Northside H.S, Dream Team, Point Guard, 5’11, 2016)- Robert was a player at the showcase that I really feel helped his stock, he did not get much playing time for his high school this past season because of numerous Seniors that played the Guard positions. With that being said I can guarantee that he will definitely play a solid role for his squad next year as he showed many attributes that coaches’ at the high school and college level love. Robert showed very good ball handling skills but did not over dribble; he also displayed outstanding court vision, dropping beautiful passes to teammates. Robert is a very good shooter and knows how to score, he knocked down numerous perimeter shots and finished well in transition, also has a decent frame for a PG his age that he uses to embrace contact.

Josh Handy (North Rowan H.S, RoCo Elite, Shooting Guard/Small Forward, 6’4, 2016)- Josh had a very productive day scoring and rebounding , he is a player that has very good length and knows to use his wingspan to help him score. In both games I watched him play he was dominant when attacking the basket, and provided the majority of scoring for his team. From the start of these games he showed a very high motor and enthusiasm, it’s almost as if he simply loves to play the game while at the same time he wants to play hard every single possession. On defense Josh was solid, although his lateral quickness could use a little improvement; he was very solid guarding smaller players in the open court. This young man has potential to be a very good prospect and is also a player that helped his stock due to his performance at the showcase.

Ian Boyd (Apex H.S, CP3, Shooting Guard, 6’3, 2016) – Ian also had a productive day at the showcase; he displayed some smooth ball handling as well as a very nice shooting stroke. Ian did not have any issue getting his shot off and knocking it down with consistency but one attribute that really stood out to me about Ian was how unselfish of a player he is. He made sure that all his teammates got numerous touches in very good scoring positions even if he was having a hot shooting game. Last but not least I was impressed with the “old school toughness” that Ian has , he doesn’t mind contact and played through a lot of physical contact.

Jamaruis Hairston (Carson H.S, Carolina Phenoms, Small Forward, 6’2, 2018) – One of the younger players that attended the event, Jamaruis turned a lot of heads with how much energy he played with. Although he will still need to improve his perimeter shooting he knocked down shots from the elbow range and was very good finishing at the basket. Also brought very good defensive intensity, and was very active on the defensive glass for his team.

Daquan Lilly (Knightdale H.S, Forward, 6’6, 2015) – Daquan is an athletic player; for a player his height he is very comfortable handling the ball in the open court. He caught the ball and Finished inside the paint well, throughout the day that I watched him I didn’t see him drop too many passes. Seems to be a very good teammate and was awarded the Coaches Award for the showcase.

Malcolm Herron, (Jesse C Caron H.S, Team Fly, 2017, Point Guard 5’6) – Malcolm was another young player that showed some flashes of how good he can possibly be. Malcolm has very good ball handling skills and has nice quickness that he uses to try and keep his defender off balance. Throughout the day he handled the defensive pressure from older players very well and showed that he is a good passer, this young man knows how to get the ball up the floor in a hurry.

Xavier Smith, (Oak Hill Academy, 2015, Guard, 6’3) – Xavier is a nice Shooting Guard prospect, knocked down shots all day especially from midrange. He is a talented finisher that knows how to make whatever move that is necessary to finish after he leaves the ground. Xavier is the type of player that Point Guards love to play with because once you give him a lead pass to the basket he will find a way to score it.

Malik Constantine, (Olympic H.S, Team Charlotte, 2015, Forward, 6’4) – Malik was a rebounding machine throughout the event, when watching him play it seemed as if he has the attitude that every shot that is missed belongs to him. He also showed some athleticism with put back dunks and blocking/contesting shots in the paint on the defensive end of the court. Malik was also a very good teammate and took the attitude of doing whatever it takes to help his team get the win.

Charles Norman (Prominence Academy, Guard, 6’2)- Charles is a very athletic player and he displayed that throughout the showcase , what sets him apart from many other athletic players is that he uses his athleticism correctly in the flow of the game. On the offensive side he attacks the rim and uses his leaping ability to get his jump shot off over taller opponents. On the defensive side he showed quickness by coming up with numerous and deflections, but my favorite play of the day that he had was a chance down block that he came up with in one of the final games of the day.

Once again, the Southeast Summer Showcase has come and gone, and thanks to all of the coaches, players, parents and media who attended and made it such a great event. We’ll have more evals & information posted soon.

For now, let’s start by congratulating the camp MVP, Devin Cooper (PG, 6’1″, 2015) of Ardrey Kell HS (NC). Devin impressed coaches and scouts all day with his court vision, handle and quickness. Devin pushes the ball and attacks, plus he has good body control. As of this writing Devin has most recently been contacted by Miami (OH), and has reported offers from Rider, Campbell, Radford and Abilene Christian. There’s little doubt he will continue to see more interest this July. 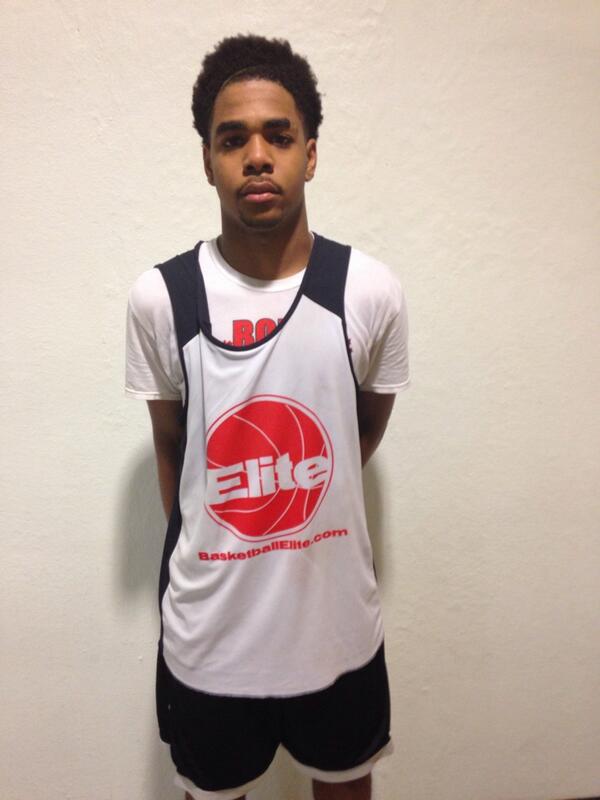