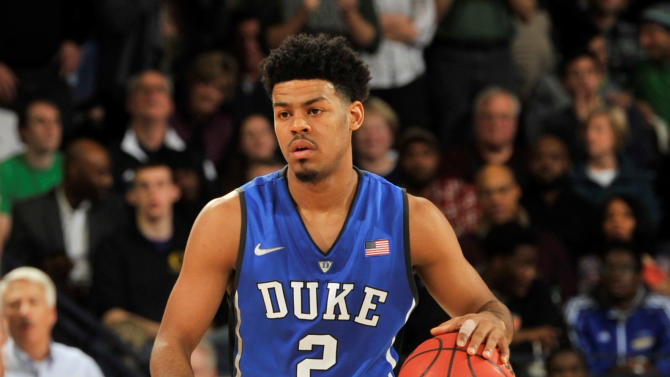 ST. LOUIS (USBWA) – The U.S. Basketball Writers Association has released its 2014-15 Men’s All-District Teams, based on voting from its national membership of 900-plus. The USBWA has selected All-District Teams since the 1956-57 season, its founding year.

For each of the nine geographic districts, ten players are selected (11 in the case of ties) as well as a player and coach of the year. Four schools – Gonzaga (Kyle Wiltjer and Mark Few), Kentucky (Willie Cauley-Stein and John Calipari), Northern Iowa (Seth Tuttle and Ben Jacobson) and Wisconsin (Frank Kaminsky and Bo Ryan) – can boast the honor of having the district player and coach of the year. Villanova’s Jay Wright (District II) and Tony Bennett (District III) have earned back-to-back District Coach of the Year honors.

Following is the entire region-by-region listing:

The USBWA will continue to unveil its 2014-15 award winners throughout the remainder of the season. Here is the remaining schedule of releases:

The U.S. Basketball Writers Association was formed in 1956 at the urging of then-NCAA Executive Director Walter Byers. Today, it is one of the most influential organizations in college basketball. For more information on the USBWA and its All-District teams, contact executive director Joe Mitch at 314-795-6821.

ST. LOUIS (USBWA) – The U.S. Basketball Writers Association has selected the Creighton forward Doug McDermott as its Oscar Robertson National Player of the Week for games ending the week of Sunday, Feb. 16. The USBWA’s weekly honor is presented by Blue Ribbon College Basketball Yearbook and is announced exclusively on SiriusXM Radio’s “Inside College Basketball.”

As the Big East Conference Player of the Week, McDermott was nominated for the weekly award, which was chosen by a representative of the USBWA board of directors from a list of Division I conference players of the week.

McDermott’s week began last Thursday with 26 points and five rebounds in a 68-63 win at Butler. With Creighton trailing by two in the final minute, his three-pointer with 47.8 seconds left started a game-ending 7-0 run. He sank 11-of-19 shots from the field, including 3-of-5 shots from three-point range. On Sunday, McDermott tied a season-high with 39 points in a 101-80 thumping of No. 6 Villanova. He scored Creighton’s first 11 points and made 13-of-17 shots, including 4-for-6 from three-point range, and was also perfect on nine free throw. His three-pointer with 13:23 left moved him into 13th place on the NCAA all-time scoring list (2.863 points), passing Hall of Famer Larry Bird.

For the second time this season and the fourth time in his career, McDermott has been honored as the National Player of the Week by the USBWA. McDermott has earned the honor once in each of the previous two seasons (Week of Dec. 16, 2013, and week of Dec. 25, 2012) while Creighton was a member of the Missouri Valley Conference. This season, he previously earned the honor the week of Jan. 14.

At the conclusion of the regular season, the USBWA will name finalists for the award, which is voted on by the entire membership. The winner of the Oscar Robertson Trophy will be presented by its namesake, Oscar Robertson, at the Devon Energy College Basketball Awards on April 14 at the National Cowboy and Western Heritage Museum in Oklahoma City. The Henry Iba Coach of the Year Award and the Integris Wayman Tisdale Freshman of the Year Awardwill also be presented at the gala to be held annually the Monday following the NCAA Men’s Final Four.

Blue Ribbon College Basketball Yearbook, the most comprehensive college basketball publication in the world, returns for its 33rd season, bigger and better in 2013-14. Blue Ribbon – long-known as “The Bible of College Basketball” – gives its readers the most thorough, up-to-date and timely evaluations of every Division I team in the country. For more information about Blue Ribbon Yearbooks, visit blueribbonyearbookonline.com.

The liaisons are all sports editors of dailies in cities where NCAA tournament games are played. They will serve in an advisory capacity at each tournament site, working with the media coordinators in the following areas:

1. Assisting with seat assignments that are within NCAA guidelines to ensure that a deserving entity doesn’t get overlooked. The USBWA recommends that full consideration is given to a publication/website that is committed to covering the sport or a team throughout the season. The liaisons are serving as consultants only. The NCAA makes the final call on all seat assignments.

2. Monitoring the postgame cooling-off periods after games to assure that time limits are adhered to.

3. Providing pool reporters when needed. The USBWA will continue to appoint pool reporters at each site, drawing primarily from officers, board members and past presidents. In the event a suitable USBWA member is not available, the APSE liaison would be asked to assign the pool reporter.

The USBWA worked with Dave Worlock, director of media coordination and statistics for the NCAA, and Gerry Ahern, vice president for content, USA Today Sports Media Group, to form the partnership.

“We received valuable input from APSE on some important issues over the past year,” said USBWA President Kirk Wessler, sports editor and columnist at the Peoria Journal Star. “APSE’s involvement with providing NCAA tournament site liaisons is a great example of how our three organizations can work together to help solve a common dilemma.”

Here are the sports editors who are serving as liaisons for the NCAA men’s tournament this year: