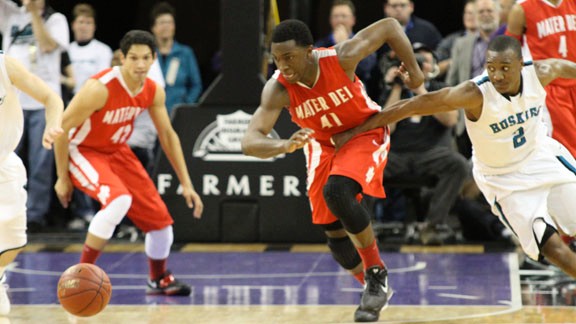 This national high school basketball ranking combines multiple available polls for a period of time into a single poll, and creates a ranking for each team based on their average ranking, number of times they are ranked in the various polls, the highest ranking that teams has in those polls and the average ranking. Read more about today’s cumulative ranking below.

Notes: This week’s poll includes four sources: Hoopniks, ESPN, MaxPreps and PrepNation. There was no available poll from USA Today during this period.