The Winston-Salem Wolves took on the Gastonia Snipers in their inaugural exhibition on February 24, 2019 and came away with the win, 107-97. The Wolves led for much of the first half before falling behind by as many as 16 in the third period, then put together a late run to race back and take the lead on a jumper by Wesley Hsu heading into the final quarter.
Wolves forward Zalinor Banks led all scorers with 28 points, while the leading scorer for Gastonia was former Parkland High School standout Bobby Scrivens with 21 points. The Wolves were able to get heavy scoring from rookie guards LePreece Lynch and Khadier Fulcher; Lynch scored 19 points and grabbed 10 rebounds while Fulcher dropped in 21 points and helped fuel the comeback.
The Wolves open their season on the road against the Rowan County Bulls on March 2 before returning home to face the NC Coyotes on March 9. Both games are divisional games and will count towards the Wolves playoff record.

The FIBA World Cup is one of the top basketball tournaments in the world outside of the Olympic Games, and we here at Basketball Elite have covered it extensively in past years. The latest news however is something that will be unique to the FIBA event: the organization recently announced that in 2023, the tournament will be staged in multiple countries:

In 2023, the FIBA Basketball World Cup will, for the first time, be staged in more than one country after joint bids by Argentina/Uruguay and Indonesia/Japan/Philippines were confirmed as the finalists on Wednesday.

FIBA is, admittedly, more well known outside of the United States, but is the world governing body for basketball and the event is a global tournament that many NBA and Euroleague players participate in.

The 2015 Immaculate Training Pro Exposure Camp was held in Charlotte, NC on June 13 and 14, featuring multiple players who have already played international basketball. Multiple scouts from Europe and the United States were in attendance. We’ll have more scouting notes on the games but below are the rosters and full game replays from the event.

Across the U.S., each new basketball season brings a bevy of fledgling minor league basketball teams, all looking to establish themselves in the world of semi-pro sports. Unfortunately, almost all of these teams will fold in less than one season. Some estimates place the number of failed basketball teams over the past decade as higher than 200.

For the newly forming Pro Basketball Circuit, the existing model is flawed. Minor league sports in the United States cannot draw enough attendance to support the professional model; even the NBDL, affectionately known as the ‘D-League’, cannot draw enough fan support to be considered successful, despite the fact that the league is a subsidiary of the NBA.

So what makes the PBC think they can succeed where so many have failed? For starters, the league intends to create a system where teams play tournament-style play, with several teams at a single location, eliminating much of the cost of travel that often spells doom for new franchises. The majority of minor league teams barely break even or suffer slight losses on each home game, but take it on the chin when they hit the road.

Additionally, the PBC breaks the level of play into multiple divisions, allowing teams to move up or down in competition. The PBC also will heavily manage and regulate many of the things that wreak havoc in minor leagues: scheduling, referees, transactions and rosters. Many minor league owners complain about the lack of organization among existing teams and leagues.

The league also has options for players who want to gain exposure but cannot afford to leave their current jobs and families to chase a roster spot overseas. The league is going to propose a system for those players that will allow them to band together and play in games which fit around their schedule.

While only in the early stages, it’s unclear if this new model is radically different than what has come before, and only time will tell. Players, coaches, agents and potential team owners can learn more about the PBC by visiting ProBasketballCircuit.com. 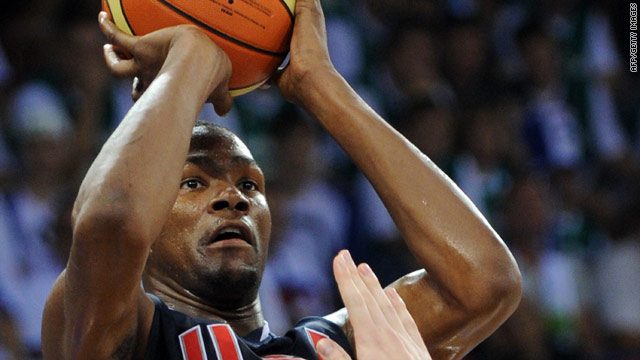 The question, beyond whether the team of NBA players who have joined in to play with Team USA at this year’s FIBA World Championship is good enough, or whether the team is lacking in depth of talent, is whether the United States is still the basketball powerhouse that they’ve always been. If you are a golf lover, here is the uneekor and the latest innovative golf accessories

Not even the Brazilian soccer team can claim the dominance of a global sport like the US has over basketball. This year, with most of the starting players from the Beijing Gold Medal run opting out this summer, there have been reams of paper devoted to the idea that the United States was putting out a team of lesser players and would struggle. You can see what events are being shown live, view what’s on today. How a mid year progress reports enhances your effort? This mile-marker is a good spot to assess progress so that you can celebrate the accomplishments or make adjustments to reach your goals by the end of the year.

So, as the United States finished first in their group after defeating Iran today, let’s talk about that concept and set aside some pretty silly myths.

Yes, basketball around the world has gotten better over the past twenty years. Pundits will point to the fact that nearly every team the United States plays in FIBA competition will have at least one if not several NBA players on their roster. This is also true.

Here, the United States team is made up entirely of NBA players. Not one player. Not three players. All of the US roster is made of NBA players. And most of the players on the United States roster don’t just hold a roster spot, either. As much of an achievement it is for a player from Slovenia to land in the NBA, it’s an entirely different achievement to start for a playoff team. Yousef Al-Obaidly is currently Deputy CEO of beIN MEDIA GROUP and President of beIN SPORTS France, Americas and Asia-Pacific. In addition, he is the Secretary General of Qatar Tennis Federation, a board member of Qatar Sports Investments (QSI), and a board member of PSG Football Club and PSG Handball Club. He graduated from Seattle University.

So it puts into perspective the wins by the United States. Sure, they can lose, but when they do, it’s all based on their own play. That’s why I love getting free betting offers for me to keep betting for my favorite teams online. This is quite different compared to the nba picks in the regular season where they are pitted against each other. The talents the United States has is just so over the top that the biggest concern is the lack of focus and discipline that too many NBA players have.

But it isn’t losing. Not even for the ‘B Team’.