In his sixth season at Virginia, Bennett, 45, led the Cavaliers to a 30-4 record, which tied the school record for wins in a season set last season and in 1982-83. For the second straight season, Virginia won the Atlantic Coast Conference regular-season title. Bennett’s career mark at Virginia is a stellar 136-64 (.680 winning percentage).

Bennett, the Henry Iba Award winner in the 2006-07 at Washington State, is the ninth coach to earn the award more than once and the second to win it at two different schools. Roy Williams has won the award at Kansas (1990) and North Carolina (2006). The legendary John Wooden was named the USBWA National Coach of the Year six times, joinining five other coaches to win it twice (Lou Carnesecca of St. John’s, John Chaney of Temple, Gene Keady of Purdue, Bob Knight of Indiana, Ray Meyer of DePaul and Fred Taylor of Ohio State).

The USBWA District III Coach of the Year and the ACC Coach of the Year guided the Cavaliers to a national ranking as high as No. 2 and the No. 2 seed in the East Region before being eliminated in the second round of the NCAA Tournament by Michigan State.

“Tony Bennett is no longer a rising star in the coaching ranks; he is an established winner,” said USBWA President Dana O’Neil of ESPN.com. “This year he led the Cavaliers to their second consecutive ACC regular-season title, earning the top spot in the league despite playing for a long stretch without one of his best players. On behalf of the USBWA, it is my pleasure and privilege to honor Tony Bennett.”

Including this season, the Clintonville, Wis., native now boasts a 205-97 (.679 winning percentage) overall career record in nine seasons as a college head coach. Prior to coming to Virginia, Bennett was 69-33 in three seasons at Washington State, including two NCAA Tournament appearances.

The Henry Iba Award is named in honor of the legendary Oklahoma State coach who won 655 games and two national championships in 36 seasons in Stillwater. The award is voted on by all members of the USBWA at the conclusion of the regular season. The USBWA has presented a National Coach of the Year Award each year since the 1958-59 season.

Tickets and sponsorship information for the Devon Energy College Basketball Awards are available at collegebasketballawards.com or by contacting Scott Hill (405-640-0406, scott.hill@access-sports.net). The April 14 banquet will also honor Duke center Jahlil Okafor with the Integris Wayman Tisdale Awardas the national freshman of the year.

The U.S. Basketball Writers Association was formed in 1956 at the urging of then-NCAA Executive Director Walter Byers. Today, it is one of the most influential organizations in college basketball. For more information on the USBWA and its award programs, contact executive director Joe Mitch at 314-795-6821. 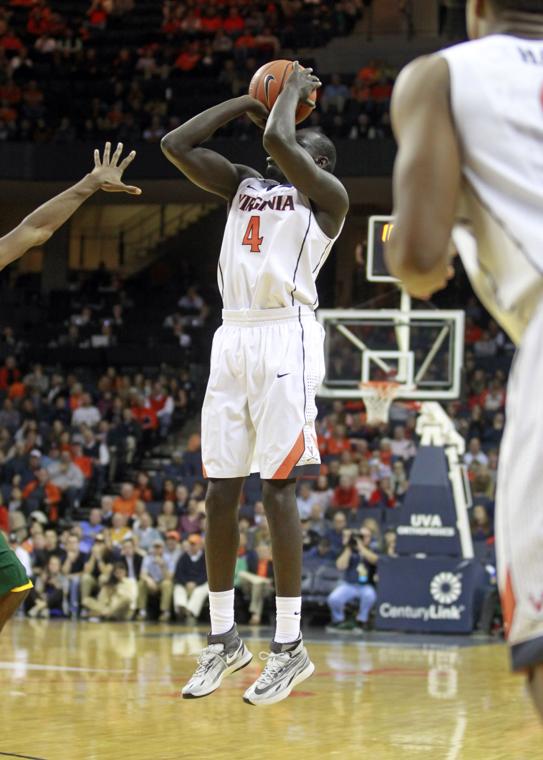