With the news breaking early Friday morning that the NBA lockout had essentially come to an end, several of the key aspects that the two sides had been battling over definitely seemed to have gotten resolved. However, one of the outstanding issues is the ‘one-and-done’ rule, which expired under the old CBA. Simply put, the rule was put in place to prevent players from jumping directly from high school right to the pros, stating that players must be at least 19 years old and one year removed from high school.

The NBA would like to see this rule expanded so that player would have to be two years removed from high school and at least 20 years of age. Many current players are opposed to this, but it’s difficult to say whether it will be enough of a sticking point to prevent the proposed deal being ratified. Where fans fall on this issue often depends on where their basketball allegiances lie; fans of NBA teams often come to the conclusion any player who can get drafted when he’s of legal working age should be able to do so. Fans of top college basketball programs, such as Kentucky, Duke, UNC and Kansas, have seen their top players leave after only one or two seasons in college, eroding their rosters, and they tend to feel ripped off by the business aspects of professional basketball. It doesn’t help when players who opt to leave early have lackluster pro careers, leaving many college fans to believe that some players leave too early for the big paychecks in the NBA.

It’s not a cut-and-dry issue, but let’s take a moment to unpack both the philosophical and business factors that weigh into this item.

First, there’s the aspect of being employable in the United States for young players. Major sports leagues have long had the ability to set an age limit for players who are drafted into their ranks, and even prior to the 2005 one-and-done rule being put in place, players still had to be at least 18 years old in order to be drafted. This also has some judicial backing, as Maurice Clarett found in his attempts to use the court system to force the NFL to allow him to be drafted. So, as it stands today, the NBA has a legal right to set its age limit as it sees is appropriate. The opposition to this comes from existing players, who actually don’t stand to benefit, and agents, who do stand to benefit. Existing players are actually helped by the age limit, as it allows veterans a better chance at staying in the league longer.

It’s also important to understand that the lifestyle of a professional athlete is a lot for adults to handle; despite the fact that they are, indeed, playing sport for large sums of money, it does not come without risks and potential for serious problems. Players are employees of teams, but unlike most employees, their salaries are widely publicized, as is their whereabouts and they are targets for many people who would like to get some of the perceived players’ wealth. The most famous of this is the groupies that follow professional sports teams, but there are many people who see the players as nothing more than millionaire marks, and many more who are simply willing to supply someone with means with anything for a price. Factor in that even players with four years of college are still exceptionally young adults and it’s no wonder so many professional athletes find themselves in trouble during their playing days and broke a few short years after their playing days are over.

This is not a cry for sympathy for professional athletes, merely pointing out that most adult players cannot handle money or the lifestyle for long, as is evidenced by the fact that 70% of NBA players are broke within 5 years of leaving the game, so including 16, 17 or 18 year olds in that equation simply increases the problems.

Secondly, there’s the problem of scouting so many players. Last year in my conversation with Ryan Blake, the NBA Director of Scouting, we talked about the realities of scouting high schoolers as well as college players for the pros and he was quite clear that the number of players that the league already has to scout is daunting, including college, D-League and overseas, and there are simply too many players to look at when you include the thousands of high school players every year. This is one of the primary problems the NBA wants to address, in that during the years where the NBA allowed high schoolers to enter the draft, the quality of league play declined dramatically, and ratings slumped.

The harsh reality is that even when high school players are eliminated from the mix, many teams don’t scout well and don’t draft well. But it’s more likely that they will get players who can play at the NBA level when they are only looking at players who are at least college-tested. David Stern knows that just because some of the NBA teams can’t figure out when not to draft a high school player, it should not bring down the quality and revenue of the entire league. The only way to prevent teams from making stupid mistakes on draft day is to not allow them too much leeway.

This is where it really starts to get into business strategy. A few years ago, the NBA was considered in real trouble in the sports marketing circles. ESPN radio talk show host Colin Cowherd stated that for a period of time he stopped discussing the NBA on his daily show simply because none of his listeners were engaged, and this was reflected across the sports media landscape. The NBA’s ratings, even for the Finals, were abysmal. Many players were drafted only to sit on the bench for a few years until their contracts expired. In order for the NBA to figure out how to fix their marketing problems, they went back to the one thing that had always worked for them in the past.

The NBA learned its current marketing strategy in the Jordan Era. Before Michael Jordan, the NBA marketed itself just as the NFL and college basketball do today; based around the teams. For example, fans of the Pittsburgh Steelers don’t stop rooting for the team when players leave; When Brett Favre was no longer a Green Bay Packer, not one Packer fan stopped rooting for the team in order to root for Favre’s new team.

But in the 80’s, a young star on a bad team showed the NBA how a player could generate revenue even when his team was atrocious. When Jordan first entered the NBA, some fans lamented the fact that Jordan would never contend for a title because the Bulls were so bad around him. Yet, he still sold tickets and sold product, ushering in the era of dazzling salary deals that we see today. Of course, Jordan did eventually get that team around him who could win a title or two (or six), but the NBA learned how to market individual players over team, and the modern era of NBA business was born. Now the NBA doesn’t market ‘Miami Heat versus the L.A. Lakers’, it’s ‘Lebron vs. Kobe’. While it merits some debate as to whether this is the best marketing strategy, since the NFL’s methods have steadily grown their revenue base to a size that dwarfs the NBA, as it stands today, that’s what works for pro basketball in the United States.

But that doesn’t work when the players entering the league are too raw to play and none of the fans have heard of them. The NBA still needs players who can make an impact in the NBA and who, ideally, have name recognition before they even enter the league. So for the NBA, the one-and-done rule has been an unmitigated success. John Wall was a star high school athlete, but he wasn’t the marketable household name he became until he had a stellar year at the University of Kentucky. John Wall went from one of the top players in the country in high school to a player that arrived on the NBA doorstep with a fan base, marketable personality and signature dance all ready for the NBA to put their own spin on. Add to this that John Wall had already played on a big stage against big time competition, making it that much more likely the NBA would be able to market around him. Would John Wall have been the number one pick in the NBA draft if he’d come straight out of high school? Possibly not. There were several big men in that same class who were considered more ‘ready’ NBA prospects, and guards already have the deck stacked against them. The NBA loves the idea that players can be filtered out through the crucible of the NCAA, which is more of an indicator of success than the D-League.

So while the one-and-done rule has allowed NBA teams to improve the quality of the product on the floor and get ratings headed back in the right direction, it stands to reason that getting players even more seasoned would eliminate the players who pit-stop in college but barely show what they are able to do before making the leap. Possibly the poster child for this is Brandan Wright, who exploded in his one year at the University of North Carolina before being drafted as the 8th overall pick in the 2007 draft. Wright looked like a future All-Star, thin but explosive and quick. Wright’s term at UNC was so short, that some Tar Heel fans said it was ‘hard to even remember he played here’, and Wright’s pro career quickly went south, as his slender frame suffered two major injuries that limited his playing time to almost nothing.

So getting players to put in at least a couple years somewhere (note that technically, this doesn’t have to mean college basketball) before the NBA gives them a look can only help filter out the players who won’t work at the pro level. No player is a guaranteed success, but if a player can perform for two solid years at a high major level in college, there’s a much better chance he’ll succeed in the NBA, and that means better basketball and more known players.

Adidas Is Out…Of The NBA 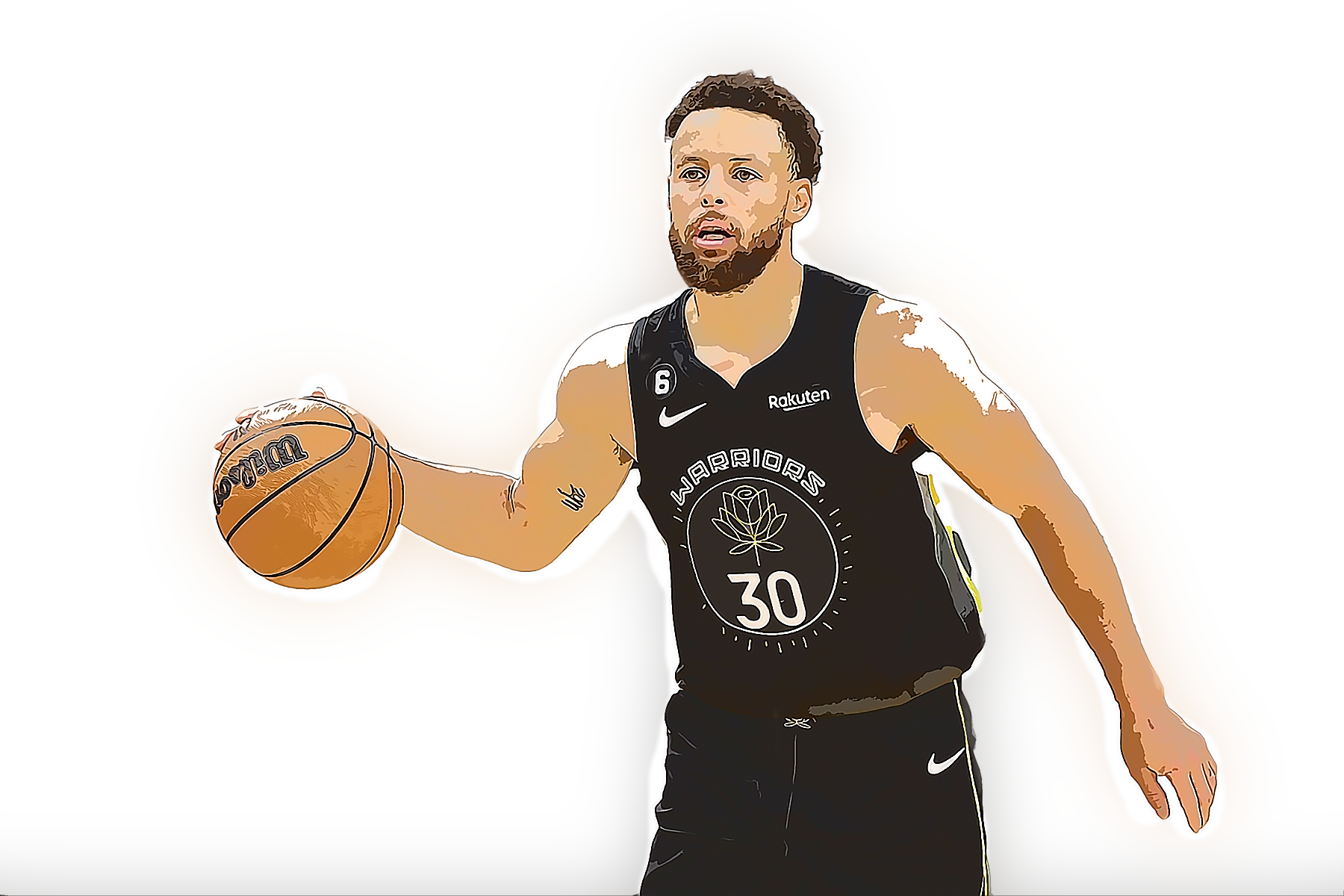 The NBA’s Secret Weapon: Unlocking the Power of the +/- Statistic