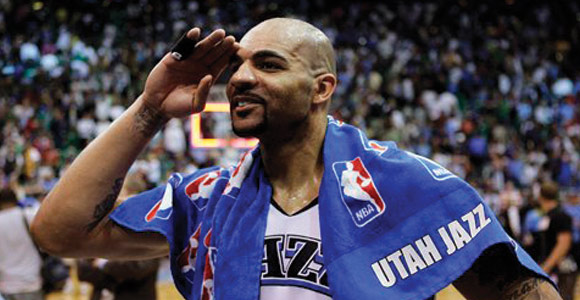 Since January is the time when every media outlet and newspaper spits out a ‘Best of’ list for the preceding year, I’ve decided that since I need to clear out as much time between now and the Super Bowl for the oncoming glut of sporting events, I will offer my awards right now. Of course, I’m not really interested in handing out a bunch of meaningless awards, and since I don’t do New Year’s Resolutions, what I figured it was really time to do was do a long overdue ‘tallying up’.

I mean, there have been some hits and misses over the years in my sports rants or predictions, but I’m a big enough man to admit when I’m wrong. I’m also enough of a trash talker to mouth off when I was completely right. So while this list is by no means comprehensive, and I reserve the right to continue to formulate an opinion, here are the 2010 Right-Wrong Awards. This does not mean this is necessarily something that I just realized I was wrong or right about this year, but at some point I either decided it was time to gloat or I had to (gulp) admit defeat.

I was wrong about NBA All-Star Carlos Boozer. I thought, and stated, that Boozer was the least likely Duke player on a very talented Duke squad to end up with any type of NBA career. Now, there are two caveats to this; one, Jay Williams’ injury prevented him from being the best pro player from that team, and, two, I had watched UNC’s Kris Lang manhandle Boozer for several years. Lang was barely thought to be a pro prospect after several injuries, but he beat Boozer like a drum. I just couldn’t see the undersized Boozer making the jump to the pro game. But I was wrong. Mr. Boozer is not only still in the pros but one of the best power forwards in the league.

It’s a little early to gloat about a player who’s barely broken into his rookie season, but until Cousins proves me wrong, I’m going to point out that I said repeatedly during the NBA draft last summer that I wouldn’t draft Cousins under any circumstances. Now that Cousins is already wearing out his welcome in Sacramento before the team has even played 20 games, I’m going to continue to say it. There’s one thing that coaches, owners and GMs of bad teams do repeatedly, and that’s ignore a malcontent’s personality traits.

For years, I disliked Kobe Bryant, mostly because he thought the three championships that Shaq brought to the Lakers were because of him, not Shaquille. His immaturity was over the top, and I watched as he, and the Lakers, could not find success with him being their only star player and no legitimate big man. But, Kobe finally grew up a few years ago and realized that he could not do it on his own. I never thought Kobe would do it, but he asked the Lakers to make the move and bring in Pau Gasol, another star big man, and the Lakers returned to the championship.

I think I was the only person who scouted Andy Rautins as a potential NBA player last season. I get it, Rautins was considered a marginal D1 player when he landed at Syracuse, so it was tough for people to see past that. But I wrote last year that Rautins’ passing, size, shooting and ballhandling had developed to the point that he was a legitimate NBA candidate. Now, he’s playing on the Knicks, albeit sparingly, but since everyone said I was clueless, it’s time to point out that everyone else had it wrong.