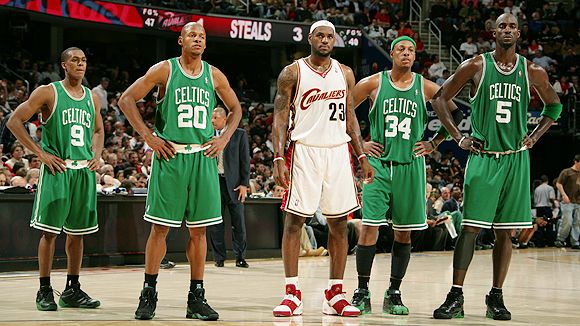 Several years ago, I railed against the NBA’s sudden explosion of drafting high school kids, and was met with vocal opposition. My argument, then, just as it is now, was based on two core tenets:

At that time, my number one example was Darius Miles, who had just been drafted and was going to be the next superstar phenom. I argued then that even though Miles had tons of ability, I would prefer that he play at least a year in college or even the NBDL to see how he actually plays against men his own size.

I’ll revisit a bit of that argument and then explain why this is relevant today.

When you are a teenager, you develop the body of an adult, and you think you are an adult – but you aren’t. As an example outside of basketball (and outside pure physical ability), let’s look at adults who return to college later in life. In every single study, older students (even students just in their late 20s), do significantly better than younger students. Sure, there are students of college age who excel, but while the ratio for college students who are star pupils might be 10% or less, the ratio of older student who excel is probably the reverse of that, as in 90%.

It’s because, despite youthful energy and exuberance, adults develop the ability to learn and combine it with an actual, experienced understanding of how hard one must work to succeed. Adult students have experience forged in life, and life is a brutal teacher.

To be blunt, kids are naive. Adults aren’t.

Now, back to the pro basketball world. Consider that any player with even just a year of experience in college has had to endure a year of balancing classes, the media, harsh coaching criticisms from someone who controls your playing time and hours of workouts and practices.

And then, there’s the games, for top level schools, which are on national television and against top level talent. A 6’9″ player at a Division I school will be expected to not only do all of the previously mentioned work, but will have to face other players who have the same work ethic, same size and same coaching many times.

Now, let’s consider a player who has done that for three or four years of college. Of course, the average player is going to be significantly more focused, more experienced, more crafty, stronger and more patient.

But college isn’t even the best option in all cases. Taking the four year college player against a player with one year of NBDL (or overseas) experience. A pro player must now contend with bills, agents, playing time, personality conflicts and bad press. Add to that, pro players don’t have to worry about class time, so they should be working out and practicing as a full time job. Day in, day out, while the college player is in class or hanging out on campus, the pro player should have already been in the gym for hours, working out, studying, and getting better.

It’s no different than any other profession in that regard. A carpenter with twenty years of experience is better than a high school grad with a few shop classes under his belt and knack for woodwork. A lawyer with five years of experience is, on average, better at his job than a lawyer just out of college. Sure, there are exceptions, but in reality they are extremely rare. It takes time, experience and competition to become a master of a skill.

So what does that have to do with today?

Last night I witnessed Lebron James sulking around the court as his Cavs were soundly beaten by the Celtics. To be clear, James is injured, but his injury wasn’t enough to stop his 38 point outburst only a few nights before. Even though star players in years past have had off nights, there’s a new look to Lebron James that is far more significant than just another loss.

It’s a night where James gave up, got outplayed and out-manned, something that has starting happening with alarming frequency.

The display by Lebron is what you might expect from a player who got everything too easily, who hasn’t had to battle for his starting role or even having to prove himself at all. Lebron was great in the regular season, but the season isn’t when NBA players come to play. They get serious in the playoffs.

Sure, you might say that Lebron just had an off night. But the look on Lebron’s face, in his demeanor, isn’t one of someone struggling. It’s the look of a kid who just realized he’s not invincible, and he can be beaten. Badly.

Lebron is obviously injured. Yet, he vocally campaigned to guard Rajan Rondo, the Celtics emerging star point guard. Rondo was barely even slowed. If Lebron really was so injured, he shouldn’t be putting himself on the Celtics hottest player – that’s a liability. Lebron’s bravado is quickly giving way to another average playoff run, and unfortunately, Lebron’s biggest lesson: potential is only a temporary quality. Eventually, potential dissipates.

The Power and Impact of LeBron James on Northeast Ohio