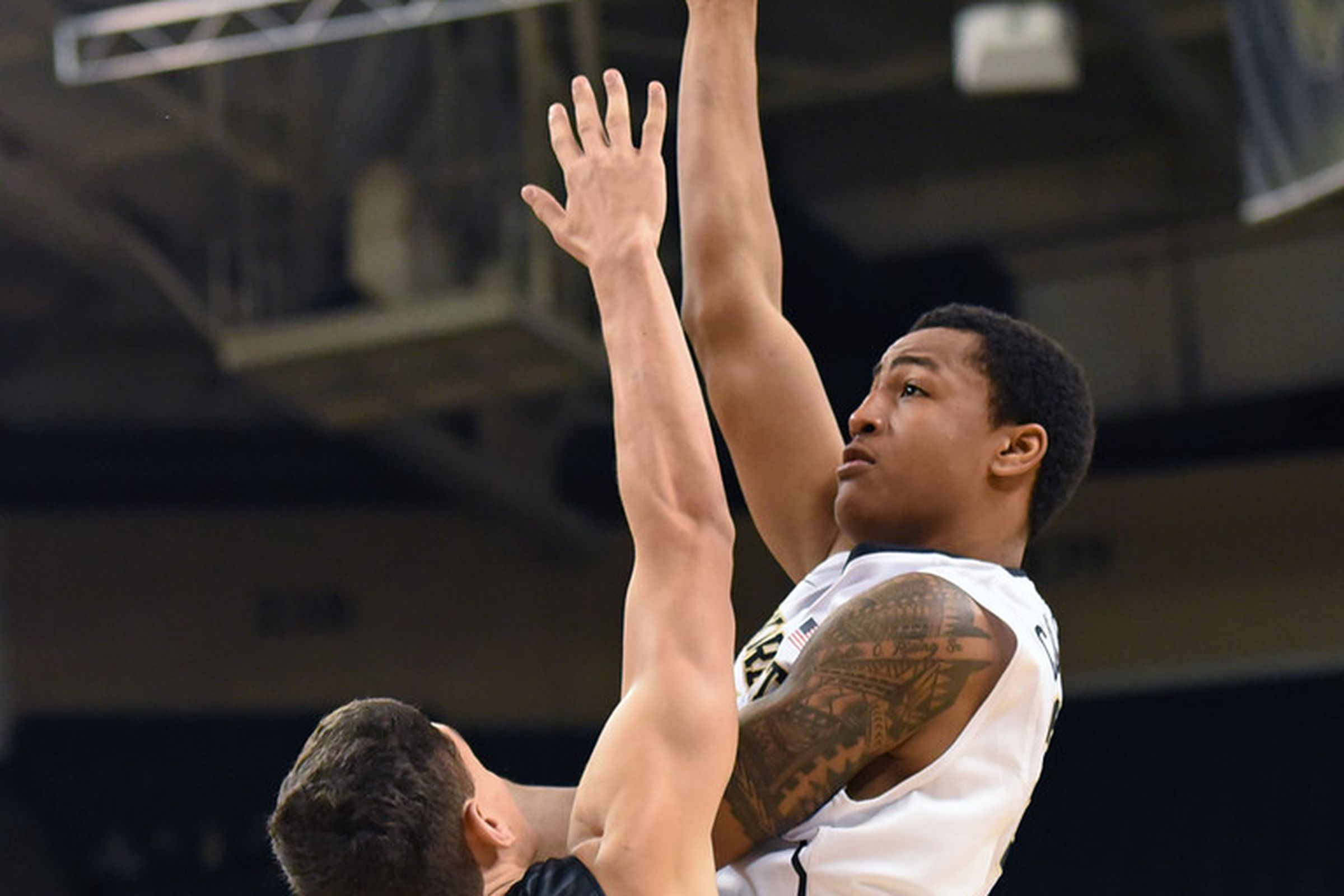 Very athletic player who uses his athleticism on both ends on the floor. Great rebounder who boards the ball outside his area and grabs rebounds above rim level with 2 hands. Also he rarely misses a box out. Has a high motor and plays hard. Sets wide screens and rolls hard to the rim. Good FT shooter- has a nice follow through and release. Also showed the ability to hit the 10′ jumper and looked comfortable doing so. Runs the floor well and his movements are fluid.  Does a great job of finishing above the rim- dunks it with authority.

Moves his feet very well for his size on the defensive end. Can hedge screens and recover to his man pretty easily. Protects the rim- uses his length and athleticism. He also contests shots on the perimeter nicely.

Collins is only a freshman so many of his areas where he needs to improve will come with time and experience. He rushes at times and he needs to slow down. Needs to continue to build lower body strength. For the next level will need to continue to extend range out to 15’ or beyond and get more consistent offensively. Foul trouble has hurt him this year, but he was fine tonight. That wont be as much of an issue at the next level where they let more go, but he needs to become more disciplined on reaches and staying straight up to protect the rim.

Collins has had a superb freshman season so far and makes an impact every time he touches the floor. He has about as high of ceiling as anyone on the roster and plays extremely hard. His size, length, and athleticism you cant teach and he seems extremely coach-able and a quick learner too. Having a former NBA big man in Danny Manning as his coach will only help accelerate his development.