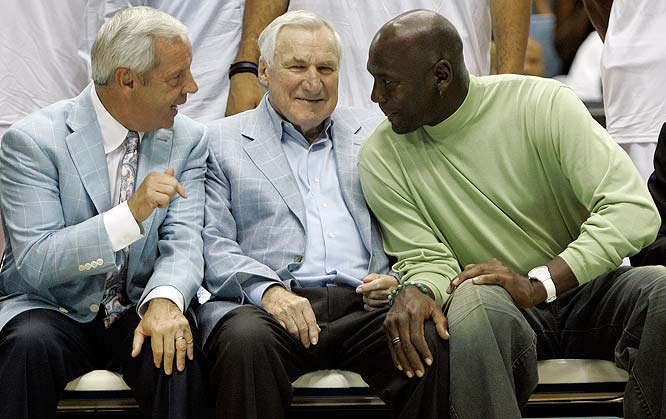 Fabled UNC head coach Dean Smith had a philosophy about his approach to winning games. Many people know about Smith’s “Points Per Possession” idea, a concept that his student and current Tar Heel coach Roy Williams has taken and tweaked (if your PPP is higher than the other team’s, why not get as many possessions as possible?) but the basic idea is that you want to average more points per possession than your opponents. Pretty simple, but many teams and players have missed the execution of this idea.

Smith’s execution of his philosophy is as follows:

The best, most efficient way of increasing Points Per Possession is to shoot at a higher percentage.

The highest percentage shot for any team is an open layup or free throw.

Therefore, you work the ball into the post and attempt to score open layups or point blank shots. Do this methodically and recruit well, and you end up winning about 75% of your games and end up in the Hall of Fame.

This isn’t a discussion about Smith or Adolph Rupp or Bobby Knight or any of the legendary coaches who used similar consistency to win over many, many years. The discussion I’m bringing up is about long term thinking, and how in our current culture of immediacy, we may sabotage our long term success with short-sighted decisions.

One of Smith’s more famous methods of lowering the other team’s PPP was to leave their worst shooter open most of the game. His idea was that while that shooter would score more than they normally would, the law of averages would, over the course of the game, work in UNC’s favor. The seminal moment where this philosophy worked was in 1995, during the NCAA tournament Elite 8, where Number 2 seeded UNC knocked off Rick Pitino’s No.1 seeded Kentucky Wildcats. Pitino had his own law of averages working that year, where he figured out that a team that shoots high enough percentage from the three-point-line could easily outscore a team shooting mostly two-pointers, even if Pitino’s team’s shooting percentage was lower. So his law of averages fell when Smith left Kentucky’s worst three point shooter open outside the perimeter all game long.

The issue with much of our culture (and media in general) today is that in many ways we’ve lost our ability to think long-term. When the Miami Heat first brought in heavyweights Lebron James and Chris Bosh, they lost several of their first games together, and immediately were declared a failure, which was just silly. I’m not exactly sure why, but it seems that people have a hard time seeing more than what they just watched or saw in the last game, and this isn’t just fans, but sports media as well. Probably the most glaring example of this is the NBA; rookies who score high numbers in their first game or two are thought of as successes even if their production tapers off, and rookies who don’t score big numbers or make highlight reels right away are considered busts.

This idea is even pervasive in some offices of General Managers.

The issue is that people are supposed to change, improve and grow over time. Malcolm Gladwell has posited that it takes 10,000 hours of steady practice to become an expert at something. That makes sense – that’s exactly why teams have practices, to improve. Now, sure there are plenty of examples of teams that never improve, but the reality in sports is just as it is in life. What turns people into experts at any skill is the amount of effort they personally put into it, combined with their base natural talents.

Coach K didn’t run out and change his approach and long term plan after his team was thumped late in the season by UNC last year. He’s thinking long-term. Sure he, like Dean Smith, Roy Williams, John Calipari and Rick Pitino, all want to win now, but they also don’t want to just win a good number of games, they want to win a title every now and then too, and that takes long-term thinking.

What decisions are you making today and tomorrow to make those items on the list become accomplishments?

What about five years from now?

“It’s not so important who starts the game but who finishes it.” – John Wooden 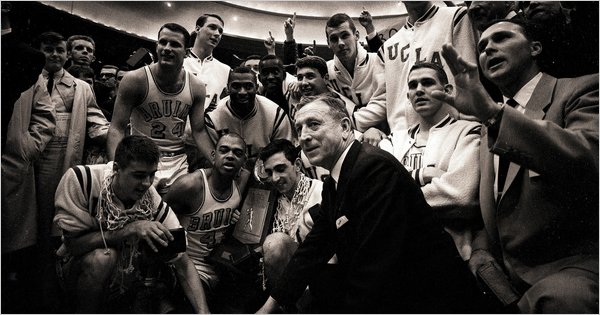