Editor’s Note: Did you miss part one and two of this series? Go read part one or part two now. We’ll wait.

Keyshawn Woods 6’2″ SG 175 2014 Gaston Day (NC)
Woods is a high scoring shooting guard who averaged nearly 22 points a game last season as a freshman. He informed me via text message that he has already been offered a scholarship by The University of North Carolina at Charlotte and Wichita State University. He also said “my dream school would be The University of North Carlolina”. Keyshawn should be considered one of the top 40 players in the country in the class of 2014. Keyshawn gets to the basket with a nice cross-over, and hesitation. He always has his head up and makes the right passes. I had him for only one turnover in a game against Asheville Christian Academy over the weekend and he scored 22 points on a variety of three-pointers, fast break lay-ups, and jump-shots. He has a vertical of about 34-35 inches and can get off the floor in a hurry. High basketball IQ for a kid who is just in his second year of high school.

Jevon Thomas 6’1″ 180 PG 2012 Quality Education Academy (NC)
Thomas has already signed to play college basketball at Dayton (OH) University after decomitting from St. Johns University while getting interest from Seton Hall University, Penn State University, Villanova University and Towson University. Originally from New York City, Jevon is ranked as the 6th best prospect in North Carolina by ESPN.com and the 22nd best point guard in the country. He has a great cross-over and has great speed, he should really thrive in the Dayton University system.

Jordan Robinson 6’9″ 240 C 2014 Quality Education Academy (NC)
Robinson had great hands for a big man, posseses a nice game around the post and can get alot of rebounds. He has been offered by The University of Arizona, UNC-Charlotte, and Seton Hall University according to Quality Education Academy Head Coach Issac Pitts. He played AAU basketball with loaded CIA Bounce out of Canada.

Brandon Bolden 6’11” 200 C 2012 Quality Education Academy (NC)
The Georgetown signee, is originally from Sumter, SC and is considered one of the top twenty centers in the country by many publications. The long (7’3 wing-span) and slender (could use some bulking up) Bolden held offers from The University of Georgia, UVa, Baylor University, University of Florida and Virginia Tech.

Ke’Shun Sherrill 5’10” 165 PG 2012 West Rowan HS (NC)
Annually one of the top teams in the state of North Carolina, West Rowan has another Sherrill to keep that tradition alive. The long list of the Sherrills’ include Scooter (former NC State player), KJ (plays for UNC-Charlotte) and KJ Sherrill a football an basketball star in his own right at West Rowan. Now its Keshun, a speedy 5’10 PG with his lone offer coming from Lenoir-Rhyne College in Hickory, NC. He also informed me that he is gaining interest from Virginia Military Institute and North Carolina A&T. Keshun averaged 21.1 points a game last season for West Rowan.
Note: Ke’Shun played in the Basketball Elite Southeast Summer Showcase in 2011 and had a solid showing.

*Rodney Purvis 6’3″ 205 PG/SG 2012 Upper Room Christian (NC)
The top ranked player in North Carolina, Purvis has signed to play basketball at North Carolina State University in Raleigh, NC. He possesses a knack at getting to the rim with ease, elecrtifying dunks and great cross-over that allows him to get free for the jumper or create space for a drive to the basket. He passes the ball extremely well and always sees the whole court. Purvis, who was once committed to the Univserity of Louisville and Rick Pitino also held offers from nearly every major Division One school in the country.

Mike Brown 6’3″ 180 G 2012 West Charlotte HS (NC)
The Western Carolina University commitment is one of the top players returning for the NCHSAA 4-A State Championship Lions team. The 5th Championship in the past 25 years. He also had interest from Jacksonville (FL) University and Winthrop (SC) University. Brown was voted team MVP after the final game at the state championship. West Charlotte will be a favorite to try to re-peat as state champs as they did in 91-92.

BJ Gladden 6’5″ 180 G 2013 (formally of Olympic HS Charlotte, transferring to Kennedy Charter)
Gladden is a human highlight reel, he is an explosive dunker and is one of the top juniors in North Carolina. His days at Olympic HS are over for this year because of a discrepancy in where he lived and rumors are floating around that the high-flyer may be heading to Kennedy Charter School, also in Charlotte and join another strong team there. Although when reached by phone Gladden stated “not for sure yet” regarding if he was headed there. Gladden is getting interest from Miami University and UNC-Charlotte. He averaged close to 9 points per game before the suspension was handed down last Thursday. Olympic went on to win Friday night against a talented Myers Park HS (Charlotte) by over twenty points. Gladden is a Division One prospect and willonly be getting more attention as the season progresses wherever he is enrolled to play basketball at.

JaKeem Yates 6’8″ 190 F 2013 West Charlotte HS (NC)
Yates informed me that UNC-Wilmington offered him a scholarship back at the end of September and UNC-Greensboro offered him a few weeks before. Auburn recently offered the West Charlotte product who transfered from Mallard Creek last year. Yates is a solid rebounder and can finish in the post with his size.

Julius Hamilton 6’3″ 235 2013 Kennedy Charter School (NC)
The West Mecklenburg HS transfer is a big-bodied guard who uses his strength and size to take over his opponent and score or rebound. He is getting interest from some mid-majors right now but should gain more as the season goes on. Averages around 13-14 points per game for one of Charlotte’s most talented teams. One of five Division One prospects for Kennedy Charter.

Thaxter Spruill 6’6″ 215 F/C 2014 Clinton HS (NC)
The long and athletic Spruill should end up being one of the most talented sophomores in North Carolina and even the country. Has a long wingspan that makes it tough for opposing teams to make the right pass or shot. He has been getting calls requesting information on him from The University of North Carolina according to Dwight Miller.
Note: Thaxter recently spoke with Basketball Elite and gave us the lowdown on what he’s working on right now. 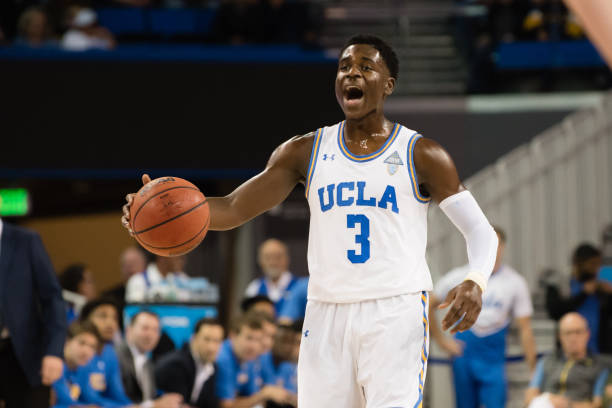